Ballot Review is a feature where you can allow coaches to review event elim breaks, eBallots, event rankings, and result sheets during the tournament.  Some tournaments (such as Phi Rho Pi) do this as a double check to make sure the right students are advancing. 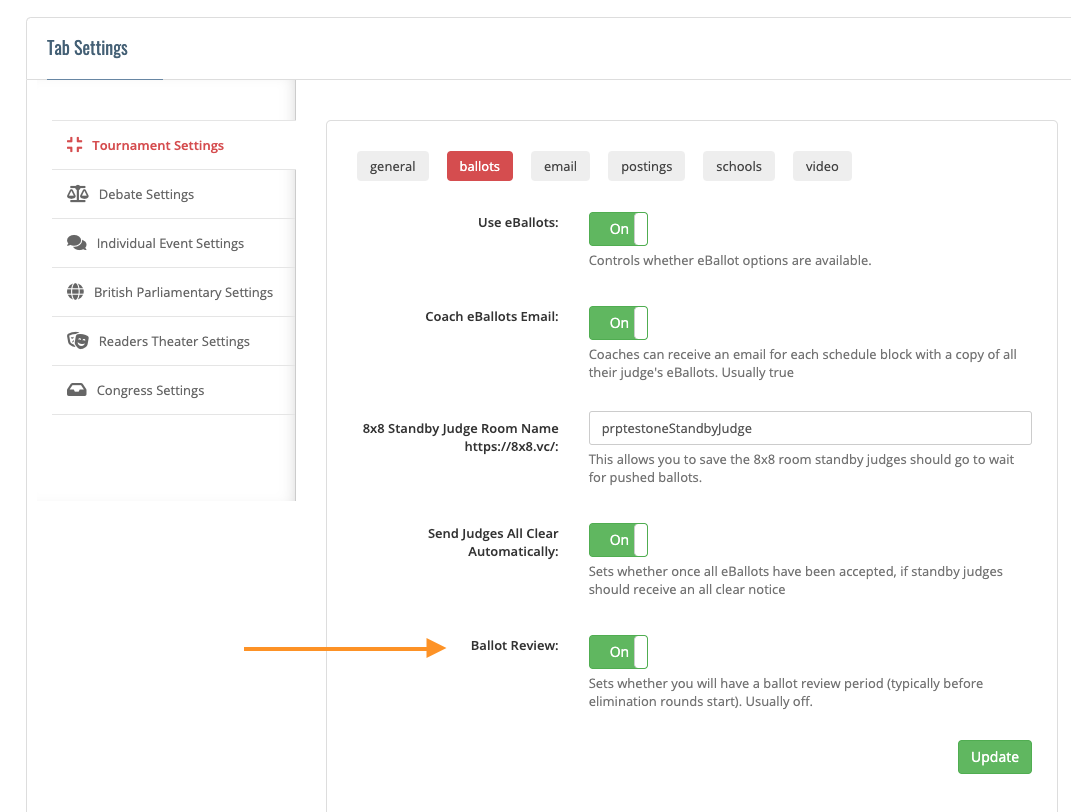 Check that you want to enable Ballot Review for your tournament. Since this is a feature few tournaments will use, it is off by default. Check it on and click update. 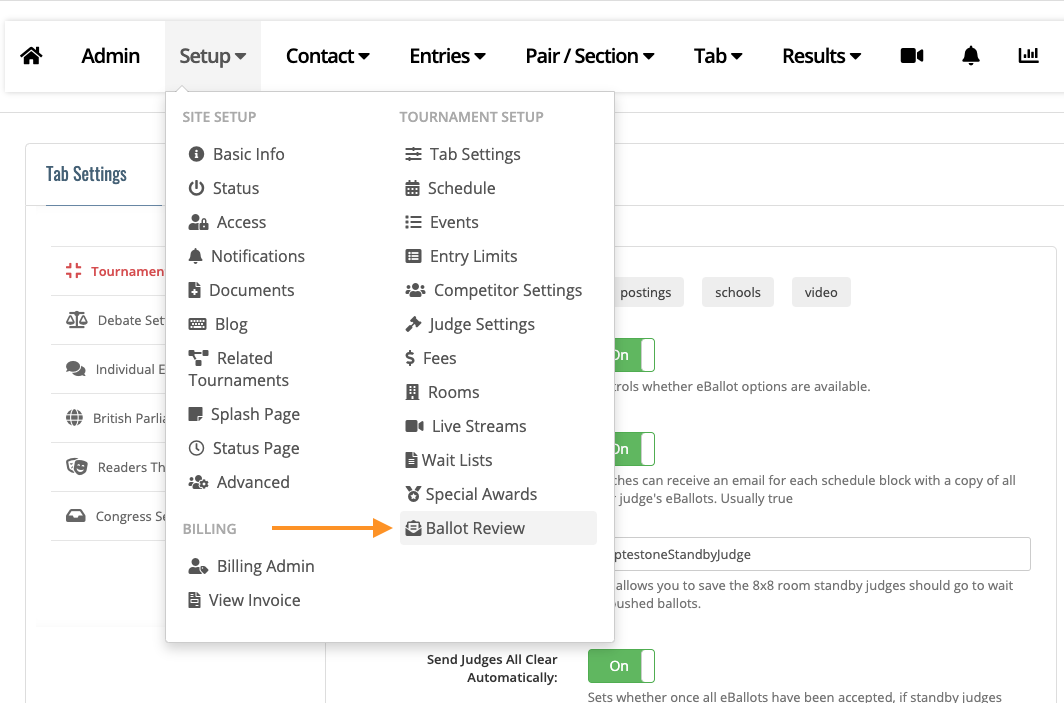 Once you have enabled Ballot Review, you will see a new menu option under Setup for Ballot Review. This page will allow you to control how you want to run your online Ballot Review. 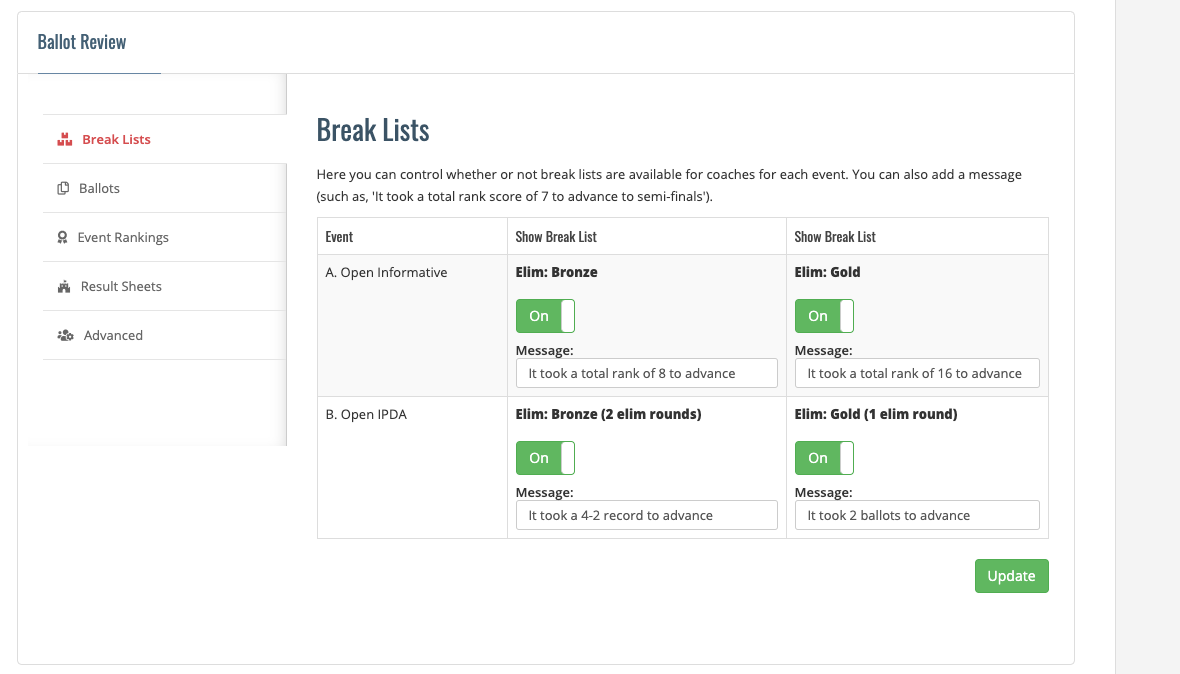 In the image above, you can see that the tournament has released break lists for both the Bronze and Gold rounds for both Open Informative and Open IPDA. There is also the option to add a short message that will be shown underneath the break list. See the Coach's Ballot Review article for more information on how coaches can view these lists. 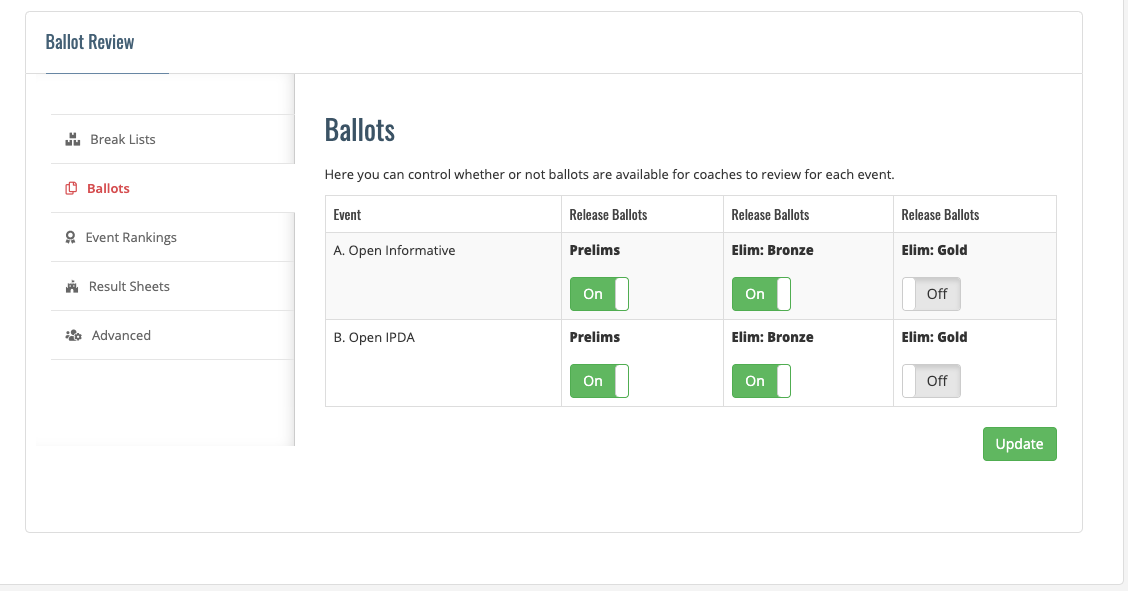 This page allows you to control what eBallots you would like to release to coaches. Releasing preliminary ballots allows coaches to review ballots for students who did not advance to elimination rounds. Releasing subsequent elimination rounds, such as the bronze in the screenshot above, will release ballots for students who participated in the bronze round but did not advance to the gold round. Note that this will also make their preliminary round ballots available. 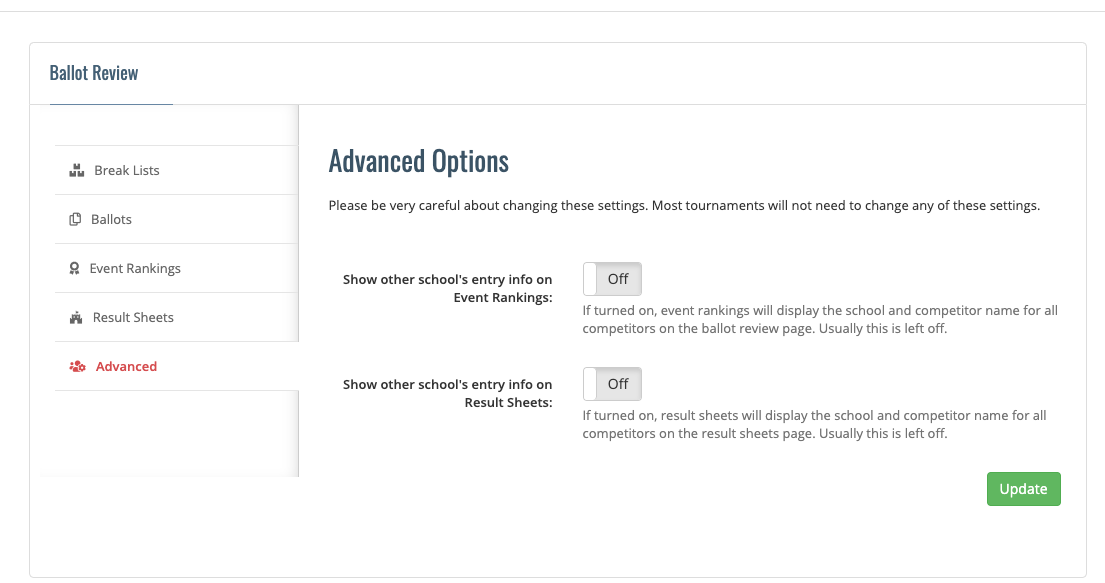 Most tournaments will not need to change these settings. Please do so carefully and understand the risks of exposing too much data to judges who could potentially manipulate ballots based on knowing each entries rankings and/or results. For 99% of tournaments, both of these settings should remain off.

Did this answer your question? Thanks for the feedback There was a problem submitting your feedback. Please try again later.